WASSER 2015 With High Number of Decision-makers

A high number of decision-makers, political representatives and an outstanding 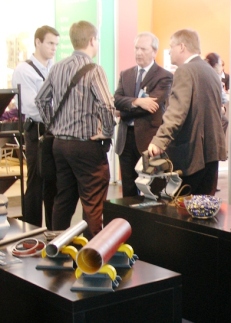 programme of supporting events - that is how to best summarise WASSER BERLIN INTERNATONAL 2015, the only platform in Germany that reflects the entire economic cycle of the water industry. Over a period of four days the international water industry was gathered in Berlin. From 24 to 27 March 22,686 trade visitors from 104 countries found out about the latest products, services and technical solutions displayed by 557 exhibitors representing 26 countries.

Dr. Christian Göke, Chief Executive Officer of Messe Berlin GmbH: "WASSER BERLIN INTERNATIONAL 2015 provided a better overview and was even more wide-ranging and structured. The new concept was an all-round success. The reactions were very positive from exhibitors and trade visitors alike. The decision to incorporate the congress into the trade fair was also very well received."

More than ten delegations from European and non-European countries, including from Jordan, Korea and Singapore, attended WASSER BERLIN INTERNATIONAL.

Numerous international representatives attended the opening of the fair. Those present included Federal Minister for the Enviro 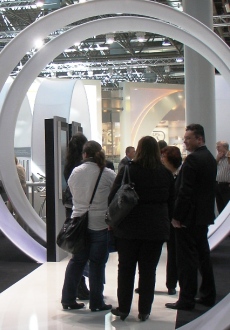 More than ten per cent of the trade visitors were able to conclude business at the fair.Around 300 school classes from several federal States took part in WASsERLEBEN, the interactive show for the public.

Exhibitors and trade visitors were greatly impressed by the activities organised by schoolchildren for their peers and by the 49 institutions whose focus was on the sustainable exploitation of water resources.

Around 500 trade visitors from around the world were able to gain a unique first-hand insight into how well the latest technologies perform.

During the fair numerous exhibitors already completed their stand registration for 2017. Those who book no later than 15 January 2016 are entitled to a 15 per cent discount on stand charges.