Mobility will change worldwide over the course of just a few decades. Production of electric vehicles will grow due to increasing urbanisation, growing environmental awareness and scarcity of 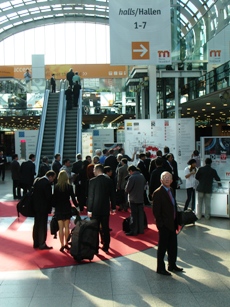 resources. For the first time in history, more people are living in towns than in rural environments.

Cities are growing especially in emerging nations, as rural environments hardly offer jobs. In 1950, 70 per cent of the worldwide populace lived out in the country, in 2008 the majority was living in cities. Experts foresee 60 per cent will live in cities by 2030. According to estimates from the United Nations, five billion people are supposed to live in cities - and by 2050, 70 per cent of the world population will.

Urbanisation has been progressing especially rapid in China. Around 80 per cent of the country's population live in rural areas back in 1980, in the meantime the amount has shrunk to 47 per cent. A total of 70 per cent of China's population are expected to live in towns by 2025. Urbanisation is of great political importance in The Middle Kingdom. Over the course of the next five to ten years, China's political leadership will invest 1.8 billion euro on urbanisation. Seen worldwide, Africa and Asia will be the regions affected most by the rural exodus.

Numerous companies have long ago added urbanisation to their agenda. "From our point of view, 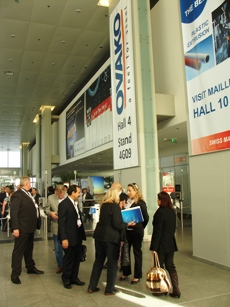 urbanisation is a worldwide trend", sums up Werner Becker, CEO of Lapp Systems GmbH. He states that cities offer job opportunities, which is the reason why people are flocking from the country into the cities, as well as the rising costs of mobility. "In addition, quality of life is often higher in cities than in rural areas", explains CEO Becker from the supplier of cables, connectors, tools and cable accessoires and systems.

Inhabitants of cities most do not travel as far as the rural population. The infrastructure is denser, for instance more possibilities to shop close-by, on foot. Parking spaces are scarce, but public transport is far better than in the country.

"We believe increasing urbanisation will lead to different demands for mobility: instead of maximum range, high speeds and lots of space, flexibility, low emissions and noise prevention will take centre", says Becker. The economic feasibility of cars in the urban space is lower than compared to the country. "In the future, we won't want to nor can give up individual mobility, yet the number of electrically powered vehicles in inner-city traffic will rise." The future has already begun to take hold: "Electromobility is no vision anymore, electric vehicles are now driving on the streets", emphasises Matthias Wissmann, president of the German Association of the Automotive Industry (VDA).

People are moving to cities to secure their livelihoods, companies have to react accordingly with their products. In industrialised nations value is especially set on eco-friendly solution. Here, producers can create a decisive advantage with customers. Leoni developed the "Green Tec 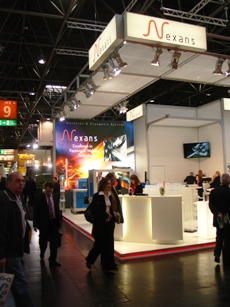 hnology" concept. The maker of cables and cable systems for the automotive industry wants to increase the amount of environmentally compatible raw materials in its cable products, as well as the recyclability of materials. During manufacturing, resource efficiency is optimised through use of energy efficient machines, or optimisation of heat recycling. One part of "Green Technology" also is increased manufacturing of products for use in "green" applications. Leoni: "This goal today forms a major part of our long-term corporate growth strategy." It is a fact that environmental technologies are an important driver of growth for the global economy, and thus a profitable business for cable makers.

In the energy sector, environmental concerns already play a major role for many states. Car makers are therefore taking a two-pronged approach - with electrical or hybrid vehicles. Here, Lapp Systems got into the driver seat. And so did literally their holding chairman Andreas Lapp, who is setting an example by driving a Smart Electric Drive to work. "An electric car is the ideal vehicle for short distances", believes Lapp. The Lapp Group installed three charging stations in front of the company headquarters in Stuttgart-Vaihingen, in order to enthuse as many as possibly for electromobility. Lapp hands his key in at the gate so employees can take it for a test drive or use it for errands.

Needless to say that Lapp Systems naturally is investing heavily into this growth market. "We have purchased new production lines, for instance for the production of our charging systems for electric and hybrid vehicles and we have developed new production processes, to realise our solutions", explains CEO Werner Becker. In addition, Lapp a 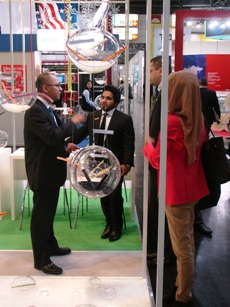 dded to the personnel capacities and expertise.

Infrastructure and cabling of vehicles are the main concern of electromobility. Sockets, power and control cables, data cables for the internal cabling of charging stations, charging systems and internal connectors for modern energy stores, as well as high voltage cables are all needed. Attention has to be paid to the fact that electric vehicles require higher voltages over a longer period of time than, say, domestic appliances. In order to connect the battery with the motor and the power electronics, highly shielded cables with increased electric strength are needed to convey high voltages.

Charging systems have to be lightweight and space-saving. Lapp decided to use spiral cables for charging cables, instead of non-coiled cables. The span advantage is that the cable coils itself back up again after being unplugged. In addition, only half as much cable is needed in contrast to a non-coiled cable. What is most important is that the company's charging system requires 60 per cent less space, weighs 40 per cent less and also costs 25 per cent less.

Mileage as an obstacle

Cable systems are becoming increasingly important. Whereas energy is conveyed mechanically in traditional vehicles, it will be conveyed electrically in the future. This means cables 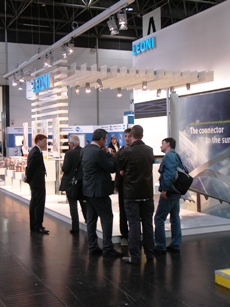 will be the lifelines of tomorrow's mobility. It also means considerable growth opportunities for manufacturers.

Electric vehicles still have to take some hurdles. The mileage cannot be compared to cars powered by petrol engines. And: "The greatest challenges in the field of electromobility certainly are the energy stores", explains Werner Becker, CEO of Lapp Systems. So far, they are very expensive and have a comparably low energy density, making vehicles very heavy and limiting their range. "Cheaper energy stores with a higher energy density would dramatically improve sales potential for electrically powered vehicles. Further evolutional steps have to be mastered." Experts believe that the range of electric vehicles will be improved from 2020, thanks to more efficient store technologies. This would be the road forward.

The charging infrastructure available to the urbanised general public, for instance in parking lots, will be decisive for the future of electric vehicles. In rural areas, it will be easier for people to create charging stations at home, which in turn isn't possible in a flat in a major city. How can the challenges be mastered? Becker: "In order to have a foot in the market and make progress, companies need to work closely together, for instance within programs such as the "Electromobility Showcase" and its associated projects, which are all promoted by the German federals states and government."

Car makers are getting engaged

If one takes a look at the daily news on the automobile sector he will certainly notice all the extensive news concerning electromobility. On the streets, however, electric vehicles are hardly to be seen - yet behind the scenes, a lot more is happening than many believe.

BMW especially stepped up development of its electric vehicles. Its new BMW i3 with a carbon body caused quite a stir. The car was presented at the same time in New York, London and Beijing to much ado. According to BMW, the i3 has a 50 per cent lower CO2 footprint compared to the BMW 118 Diesel. Fully charged, the new 170 PS strong car can drive 160 kilometers, in its range-extending mode even 300 kilometers. Tesla also believes things are heading in the right direction. In just a few years time, the US car makers expect to sell 200.000 electric vehicles a year. After hitting the European market, Tesla is now setting its sights on the Asian market. Amongst other companies, Japanese car maker Toyota is also focusing on electromobility. In 2015, Toyota wants to build the first series-produced car with a hydrogen fuel cell.

All of the cleverly designed electric cars are naturally worthless without charging stations. Thus, more and more charging stations are being installed. One prime example is the solar station located in Munich's Olympic Park, thanks to government aid. Such aid will be of major importance for the near future of electromobility. The government funded project is supported by the "Showcase Electromobility", a project of the federals states of Bavaria and Saxony. ABB, RWE, BMW, Deutsche Bahn, the University of Bamberg, the University of the Federal Armed Forces Munich and the Technical University Dresden also are behind the project.

The one million mark

State subsidies are supposed to close the gap between Europe and Japan, the main producer of electric vehicles. Japanese companies will build 283.000 electric and hybrid cars by 2015, South Korea is also making its weight felt. Germany is also highly ambitious. The German government hopes that one million electric vehicles will be on the road by 2020. It seems only state subsidies can guarantee that electromobility will take up speed. Manufacturers themselves need to create the basis by themselves. One thing has major priority - realising greater ranges. When that happens, the pedal will be put to the metal!