Neither fresh water nor sewer pipes can today be imagined without pipes made from plastic. Plastic pipes are also on the rise in industrial applications. From 7 to 11 April 2014, the sector will present itself at Tube taking place on the grounds of the Messe Duesseldorf. 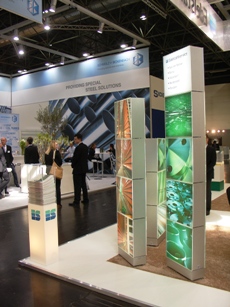 A short look back shows how fast plastic tubes were developed - and it all started just 60 years ago. The first pipes made from this material were installed in the Industriepark Höchst, in Frankfurt am Main, Germany. Since then, they have been capturing the market. And there still is high potential growth.

Sales on the rise

In 2012, Germany was the most important country with a share of around 13.5 percent in the European market, followed by Russia, Turkey, France and Italy.

As a major producer of plastic tubes, Germany has been experiencing rising sales for many years. Production of plastic pipe systems has increased continuously, summarizes German trade association Kunststoffrohrverband e.V. (KRV). In 2002 output was 555,000 tons, in 2012 already 741,000 tons. This means an annual average production growth of 3.4 percent.

A look at the individual areas shows that the drinking water segment can always be relied upon. Demand for plastic pipes remains unfettered for the sector, as figures from the KRV show. Plastic pipes accounted for 56 percent, or 8,000 kilometres of tenders, outpacing for instance cast iron pipes, which had a share of 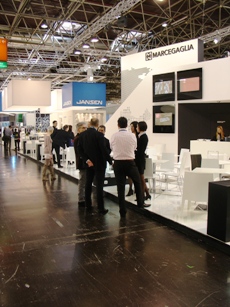 Plastic pipes are also increasingly being used for waste water applications. Public sewer networks form the largest market in Germany - in an upward trend. For building drainage, estate drainage and public sewage systems "a noticeable shift from traditional materials is taking place towards plastic," observes trade association KRV. In 2012, the share for the total amount rose by 13.8 percent compared to the previous year, accounting for a length of 30 percent. Plastic pipes are especially in demand for nominal diameters between DN100 and DN250.

Makers and dealers of plastic pipe systems are increasingly putting out their feelers towards industrial applications, which so far has 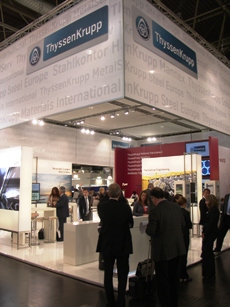 been a small market segment in terms of volume. Advocates of plastic pipes see characteristics such as energy efficiency, durability, ideal thermomechanics, safety, low weight, non-disruptive construction and the high degree of applicability as reasons for growing demand. Continuous development of semi-manufactured products and compounders, "which allow creation of new, innovative products," is seen as important, states the KRV.

The chemistry is good

Plastic pipes are successful in the chemical process industry: the KRV sees the "great variety of materials and remarkably good chemical resistance" to various media as responsible for growing demand. "Based on current knowledge plastic pipe systems can be used in chemical plants for the transport of nearly all chemicals with operating temperatures of 100°C and above," as the KRV states.

Stress for materials naturally is high in chemical applications. Makers of plastic pipes answer the challenge with a large variety of different polymeric materials. Thermoplastic and thermosetting materials are especially used for pipeline construction, elastomers in contrast for sealing systems.

A closer look at polymers shows their virtues. A high level of corrosion resistance and low weight characterise thermoplastics. "Due to their very good long-term higher temperature characteristics, as well their high degree of resistance against chemicals," customers receive "a high level of use combined with a good cost position," the KRV emphasizes. Thermosetting plastics can also convince. Thermosetting reactive resin systems feature "very high temperature resistance, stability and stiffness".

Protection in the deep sea 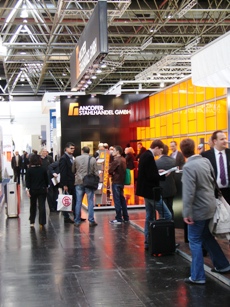 North Sea, but also off the coasts Brazil, Western Africa and Australia. "They need to be protected on the outside from corrosion through sea water and from damage from oil, gas and water on the inside," explains Evonik Industries, which developed a polyamide product for these pipelines. The plastic makes sure that the pipes stay sealed, the steel content simply serves as a reinforcement. As a material, the plastic is supposed to withstand salt water and the chemical compounds contained in oil. A further plastic layer on the outside protects the steel from the sea water.

The comparably low weight of the plastic is also supposed to play a role for extreme depths of over 2,500 meters. Collaborating with pipeline manufacturer Airborne from The Netherlands, Evonik Industries has developed a low-weight composite pipe which is made entirely from the German chemical company's polyamide product and was reinforced with fibreglass. In 2014 "Malaysian mineral oil corporation Petronas wants to construct offshore pipelines entirely without steel," explains Evonik.

Plastic pipes also score high on sustainability, as the KRV points out. Plastic pipes require less energy than alternative products. Substituting plastic productions through other materials would require 57 percent more energy than used in the entire life-cycle of all plastic products. In addition, replacement with other materials in most cases would increase emissions of greenhouse gases. According to the KRV, plastics "often make it possible to reduce materials".

A further argument for the sustainability of plastic pipes. They play a central role in solving current challenges, such as for the successful transmission of power from wind turbines. "With this, they provide an essential contribution to the success in the turnaround of the energy policy," explains the KRV.

Plastic pipes are not only used for wind energy, water supply and waste water disposal, buildings, chemical industry and offshore oil production. They are for instance also used in the pharmaceutical industry, in farming for biogas plants, in geothermal applications and in well construction. Plastic pipes thus not only are high-tech products just for themselves, but also help other technologies be successful, emphasises the KRV. "In numerous applications they belong to the newest and most modern products".

And what are the trends? It can be seen that plastic pipe systems with higher levels of pressure-resistance are increasingly being used. "There are different concepts in order to make this possible: layers, use of stretched layers made from the same polymer and use of innovative copolymers or filling materials are important trends". As for joining technology, intermediate piece welding for PVC-U/ PVC-C is establishing itself, alongside conventional adhesive technology and the lamination process for GRP.

Market research institute Ceresana hardly sees growth for PVC pipes in the building industry of the comparatively saturated markets in Western Europe. Here, there is great demand for higher quality pipes made from polyethylene and polypropylene. "Growth rates recorded on the market for plastic pipes during the boom of the construction sector prior to the economic crisis will not be reached again in Western European countries," declares Ceresana. For Denmark, Germany or Switzerland a "rather positive development" can be expected. Southern European countries, on the other hand, are "unlikely to recover in the near future".

Higher growth is expected for PVC-pipes in Eastern Europe. Cerasana cites "expanding the sewage and potable water supply in particular will cause demand for plastic pipes to increase at higher growth rates. Russia and Turkey especially will be important growth markets."

Continuous development of plastic pipes thus has paved the way for their increasing application across different sectors. Success is already created in the laboratory - and so far an end is not in sight.