The Future Looks Smart for SPS

The Future Looks Smart for SPS

A colloquialism that has long since become the standard in the automation industry has now been made official: From now on, SPS IPC Drives will be known simply as SPS. 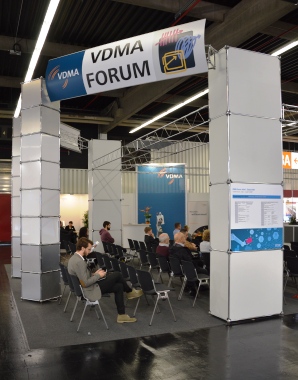 To mark its 30th anniversary in 2019, SPS IPC Drives is changing its name. Many people in Germany and around the world already prefer to keep it short, so the electrical automation exhibition has decided to follow suit and be officially known as SPS from now on. Meanwhile, the abbreviation no longer stands for a key component of automation technology - namely speicherprogrammierbare Steuerung, the German words for "programmable logic controllers" - but Smart Production Solutions.

What prompted this name change? At a time when the purposes of automation equipment (such as controlling, powering, and visualizing devices) are clearly shifting to software-based function blocks that are distributed across a wide variety of hardware components, a very hardware-centric name like SPS IPC Drives no longer reflects the true core of current and future automation technology. Furthermore, cloud and span-data technologies, artificial intelligence, machine learning, digital twins, and other functions from the world of IT are enriching automation technology in noticeable ways.

"For one thing, adopting the name SPS as an abbreviation of Smart Production Solutions means we can retain the prominent SPS brand and leverage it around the world," explains Christian Wolf, Managing Director of Turck and Chairman of the SPS Exhibitor Advisory Board. "It also reflects how the exhibition is increasingly showcasing holistic approaches to Industry 4.0, including through new exhibitors from the IT sector." Sylke Schulz-Metzner, Vice President for SPS at Mesago Messe Frankfurt, agrees. "In making this change, we've committed to aligning SPS with the issue of digital transformation," she adds. "To complement its strong reputation in automation, the exhibition is sending a clear signal that it also wants to cover the opportunities digitalization presents in industrial production. This is how we plan to expand the already sound core of the SPS brand and further its ongoing development."

SPS - a long tradition of looking ahead

The switch to the name SPS, which will make its full public debut on the exhibition's 30th anniversary in 2019, has its roots in SPS's long history. It was in 1990 that the very first event opened its doors in Sindelfingen (near Stuttgart) under the name "SPS/PC/Drives '90". After undergoing its first name change in 1991 (becoming "SPS IPC Drives"), the exhibition truly began writing a compelling success story upon moving to Nuremberg in 1997, which helped it consistently attract more and more visitors and exhibitors. Attending SPS eventually turned into a must for both the providers and users of automation technology. "We're proud to have provided valuable impetus to the field of industrial production through SPS over the past several decades," comments Martin Roschkowski, President at organizers Mesago Messe Frankfurt. "We believe that updating its name and following the strategic considerations behind this move will enable us to continue doing so in the future."