When will it really be winter again? The fact that December was once again far too warm belies the fact that we still have half of winter ahead of us. According to experts, climate change is not only 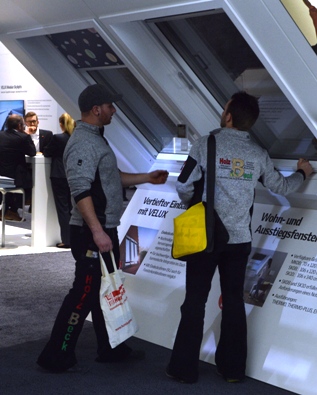 making itself felt through an increase in average temperatures, but also through an accumulation of extreme cold spells. Those who think that with a well-insulated house they are at least well armed against high heating costs in the event of cold snaps are often mistaken.

Studies have shown that even in well insulated buildings with average double glazing, between ten and 44 percent of the expensive heating energy can be saved. In such buildings, the occupants often heat out of the window: although they often account for only ten percent of the exterior surfaces, doors and windows are responsible for about 40 percent of the heat loss. The larger the window surfaces, the higher the heat loss. This can only be changed by an expensive replacement of the doors and windows or by customised roller shutters and sun protection products.

of air help save

"According to the principle of the thermos flask, an insulating air cushion is formed between closed roller shutters and the windows behind them," says Björn Kuhnke from the Technical Competence Centre of the Bundesverband Rollladen + Sonnenschutz e.V. (Federal Association of Roller Shutters + Sun Protection). (BVRS). In combination with professionally fitted, interior sun protection products such as pleated blinds and roller blinds, this effect can be enhanced. Attached to the inside of the window, they prevent warm room air from reaching the cool window. A second insulating layer of air is created.

with drive and control

The highest heating cost savings are achieved by systems that are sensor-controlled and thus react automatically to weather changes such as sudden cold spells. "Their modern control and drive technology can alternatively be operated by smartphone or tablet while on the move," says Wilhelm Hachtel, Chairman of the Board of the Industrial Association for Roller Shutter and Sun Protection Automation (IVRSA). To further reduce the heating bill, the automatic system also ensures that roller shutters and the like are opened as soon as the sun shines again. Their warming rays then provide free additional heating to ensure that it stays pleasantly warm inside even after a cold snap.