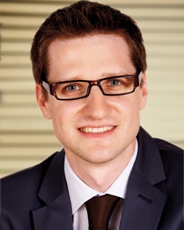 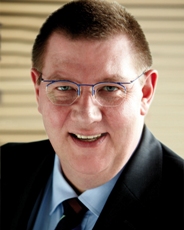 Michael Köhler will follow Markus Jessberger as Event Director of ALUMINIUM, COMPOSITES EUROPE und HYBRID Expo an (from the left).

Michael Köhler will follow Markus Jessberger as Event Director of ALUMINIUM, COMPOSITES EUROPE und HYBRID Expo an (from the left).

Markus M. Jessberger (52) who has been Event Director of ALUMINIUM, COMPOSITES EUROPE and HYBRID Expo since 2008 will leave Reed Exhibitions Deutschland at the end of this year to take up a new professional challenge near the home of his family in the Nuremberg region. He will be succeeded by Michael Köhler (34) who has been Project Manager of COMPOSITES EUROPE since 2008 and of ALUMINIUM since 2010.

"From its beginnings in 2006, Markus Jessberger has made an essential contribution to the development of COMPOSITES EUROPE into one of Europe's most successful materials trade fairs. ALUMINIUM has likewise taken an extremely dynamic development under his direction, culminating in its recent move to Düsseldorf", says Hans-Joachim Erbel, CEO of Reed Exhibitions Deutschland GmbH. In connection with its change of location to Düsseldorf in 2012, ALUMINIUM registered a rise in exhibitor figures of 15 percent, an increase in exhibition surface of 20 percent and a visitor plus of almost 25 percent. In the overseas business segment, Jessberger provided a significant impetus for the "goes-global" strategy of the worldwide ALUMINIUM trade fairs with International ALUMINIUM BRAZIL, which is being held every two years in Sao Paulo starting in 2012.

A development to which Michael Köhler and his team also made a significant contribution. The 34-year-old MBA, who joined Reed Exhibitions in 2008 and initially took over the COMPOSITES EUROPE project management, has been the Project Manager of ALUMNINIUM since 2010 and is responsible for the worldwide ALUMINIUM trade fair cycle in Shanghai, Mumbai, Dubai and Sao Paulo as its Brand Manager.