The Luminale lighting and cultural festival is to be given a new face when a reworked concept is unveiled in Frankfurt and Offenbach in 2018. In addition to its focus on lighting, 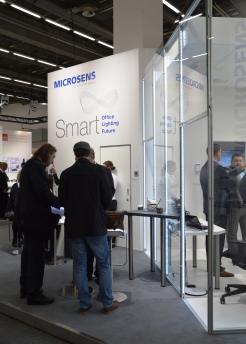 the festival will now also be addressing social and urban issues and presenting innovative solutions for city life.

Frankfurt is not only to play host to the event but will also be actively featured itself. Peter Feldmann, Mayor of Frankfurt am Main and Chairman of the Supervisory Board of Messe Frankfurt, is very impressed by the new concept: "With the new concept for Luminale, we will create a festival of lighting and urban design the like of which has never been seen before. The event will not only be given its own sustainable and independent new profile, but by embracing new themes, it will highlight our city even more as a model of state-of-the-art urban development. We will be laying the foundation stone for the new Luminale in 2018 and will be working together to help it to develop and grow."

Wolfgang Marzin, President and Chief Executive Officer of Messe Frankfurt: "Here at Messe Frankfurt, we are looking forward to joining forces with the new Luminale to offer a platform for everyone who is interested in working on the future of our city and our region. Together, we have the opportunity to establish Frankfurt as a pioneer in modern urban design and intelligent infrastructures. The people of Frankfurt will also benefit from Luminale in the long term, as at least one project is to remain intact in the city after the event, making a contribution towards sustainability and a higher quality of life." 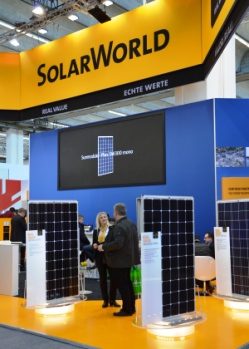 In the future, Luminale will be divided into five categories:

ART relates to art projects exploring the themes of lighting and urban life. A new panel of judges with expertise in architecture, lighting design, video, art, scenography, motion design and tourism will choose a selection of the submitted works based on predetermined criteria. The aim is to have unique and technically innovative projects that are outstanding from an aesthetic and artistic perspective.

The STUDY category offers a platform for young talents from schools, colleges, universities and start-ups.

The BETTER CITY category aims to present at least one project that will remain available to the people of Frankfurt even after the event has come to an end, creating a permanent landmark.

In future, as many venues as possible are to be concentrated in a single geographic area, making them easier to reach. The concept involves working together with city authorities and the owners and users of the buildings and areas in question in order to secure, also with the assistance of project partners, the prominent sights, monuments and landmarks of Frankfurt - but also its lesser-known, low-key, romantic spots - as a stage for lighting culture.

From 2018, local project office Studio Rekkab will be organising Luminale. As owner Isa Rekkab explains: "Frankfurt is to be lit up for all to see: historical buildings, important public places, well-known landmarks and well-kept secrets. The urban space is not only to play host to the event but will also be actively featured itself. Luminale shines a spotlight on innovative concepts for sustainable urban design.

We invite members of the art and culture community, architects and engineers, scientists, environmental experts, students and schoolchildren to make Luminale into a fascinating festival of lighting and ideas and call upon everyone who loves the city and the region to lend a hand."

The overall concept for the new Luminale also includes the already established venues in Frankfurt districts and a Luminale programme by the city of Offenbach.

In early summer 2016, Messe Frankfurt issued an invitation to tender for a project office to oversee Luminale with a view to making room for new concepts and ideas. As Wolfgang Marzin, President and Chief Executive Officer of Messe Frankfurt, sums up: "Four project offices in total took part in our invitation to tender to organise Luminale. In the end, Frankfurt-based Studio Rekkab won us over with its creative and holistic approach and will be organising Luminale for us in future. As set out in the new concept, we can envisage organising the festival on a broader basis. A good starting point for this is without a doubt the Luminale Advisory Committee, which we founded back in 2013."

The ten members of this committee act as advisors for the core events of Luminale and contribute their expertise and networks to provide active support to the festival. They are all people that feel a strong personal or professional bond with Frankfurt and the Rhine-Main region and are active in the area of city marketing.

Luminale will continue to be open to everyone who would like to take part, provided that the projects are organised and financed independently. In future, Messe Frankfurt will also be financing the Luminale project office and the general communication for the project as a whole.