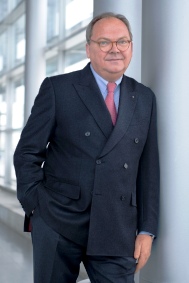 Messe Düsseldorf GmbH has recently renewed its partnership with the German Olympic Sports Confederation (Deutscher Olympischer Sportbund - DOSB) and its collaboration with the National Paralympic Committee Germany (Deutscher Behindertensport-verband - DBS). The expert for trade fair and event management will organise the German Houses as meeting points for athletes, economic partners, politicians and media at the 2014 Olympic and Paralympic games in Sochi and in 2016 in Rio De Janeiro for DOSB and DBS. This agreement was reached between Messe Düsseldorf and the German Sports Marketing Company (DSM), acting as official marketing agency of the DOSB and the DBS. The renewal of the cooperation was announced during media talks regarding the German House London in Düsseldorf on 6 July.

Werner M. Dornscheidt, President and CEO of Messe Düsseldorf, is looking forward to the continued cooperation, ''We have been a successful team since 2000 in Sydney. And this is not something that we want to change.'' He also views the future cooperation as a challenge to be met. ''In recent years, the design of the German Houses has become increasingly professional, and they have increased in their importance as meeting points of the German Olympic family. Two years ago in Vancouver, the German House Paralympics was added and has become an integral part the cooperation.''

The further development of the German House is very important to Dornscheidt because the regional capital Düsseldorf is itself a 'sports city'. Düsseldorf features sports events of international importance, such as the Power Horse World Team Cup or the Metro Marathon. The city is also home to three clubs playing in the first leagues of their respective sports: Borussia Düsseldorf, DEG and Fortuna Düsseldorf. The trade fair president emphasised that the commitment in connection with sports projects - even outside of the framework of the classic trade fair business - generated significant synergies for the international positioning of Düsseldorf.