Increasingly on the Radar of Asian Firms

That's not surprising. The leading trade fair of grinding technology is also growing in 2018. That 535 registrations have already been received is a very clear sign that the record of 577 exhibitors set two years ago will be 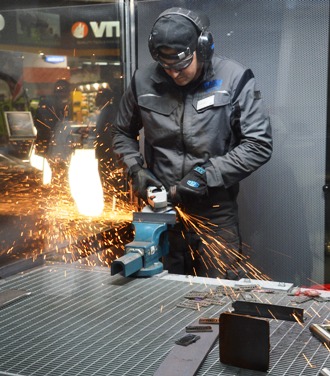 Moreover, the level of internationality is likewise as high as in 2016: some 40 percent of the exhibitors come from 26 countries other than Germany. It is obvious that Asian suppliers of grinding technology have become increasingly interested in GrindTec. More and more companies from China, Korea, Japan, Taiwan and India regard the GrindTec trade fair as the perfect platform for presenting their products. Indeed, three out of every ten international exhibitors now come from these Asian countries.

The leading suppliers of grinding technology registered their participation in GrindTec 2018 a long time ago, and some have greatly expanded their exhibition space.

GrindTec is the most important trade fair for many of them ? here they will achieve top results, as most recently at GrindTec 2016, when some 64 percent of the exhibitors rated their participation as "very good" or "good" and another 28 percent said it was entirely satisfactory.

Just as in the cases of halls 1, 2, 3 and 6, the new pavilion, which is a first-class temporary trade fair hall, has been completely rented. Only rather small isolated areas are still available, and these are running out. Hence, interested companies should get in touch with trade fair product management (see below) as soon as possible.