Hannover/Berlin. The ripples of change are spreading far and wide as the pace of innovation and development in the industrial sector moves into overdrive. "2014 will see a great shift towards 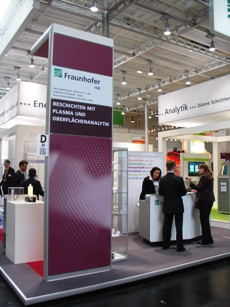 automation in industrial manufacturing and the ongoing transformation of the world's energy systems," said Dr. Jochen Köckler, a member of the Managing Board of Deutsche Messe. "To remain competitive, companies need to make their manufacturing processes more efficient, and that means greater investment in state-of-the-art automation technology. Their competitiveness also hinges on access to a reliable, sustainable energy supply. The world's leading providers of automation solutions and energy technology will be showcasing solutions to precisely these challenges at HANNOVER MESSE 2014."

With Industrial Automation & IT, Energy & Environmental technology, Industrial Supply and R&D among its keynote themes, "Integrated Industry - NEXT STEPS" as its overarching motto and the Netherlands at center stage as its Partner Country, this year's HANNOVER MESSE will be true to form as the world's leading trade fair for industrial technology and the No. 1 go-to event for international decision makers from the manufacturing and energy industries. Dr. Köckler: "A visit to HANNOVER MESSE is an absolute must for anyone in industry who wants to remain competitive. Hannover is one of the main stops along the road to the factory of the future."

"HANNOVER MESSE's leading position is reflected in the high number of exhibitor registrations confirmed to date. At this stage it seems that we will top the outstanding result achieved in 2012, which, with its even-year exhibition lineup, is the most recent directly comparable HANNOVER MESSE year," Dr. Köckler added. HANNOVER MESSE 2012 featured 4,872 exhibitors from 69 nations.

Step by step to the integrated, Industry 4.0 factory

With "Integrated Industry - NEXT STEPS" as its lead theme and official motto for 2014, HANNOVER MESSE 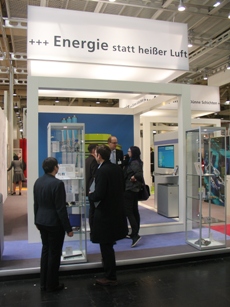 will maintain its focus on integration as a challenge of pivotal importance for the future of industry and will map out the next steps along the road to tomorrow's intelligent, self-organizing factories.

To stay competitive, manufacturers need to make their factories as efficient as possible. They need to be able to respond swiftly to changes in the market, while at the same time satisfying the growing demand for product individualization and customization. In short: they need flexible, intelligent factories - factories of the future, in which machines, plant and products can talk to each other. This interaction relieves the skilled workers in physical labor and puts him in a position to focus on controlling and optimizing the production process. Many technologies for achieving this have been developed over recent years. The next steps are about integrating these technologies into industrial production in such a way that they form a harmonized and fully networked whole. Precisely this is the focus of HANNOVER MESSE 2014. The upcoming fair looks at the steps which industry needs to take in order to get from its smart-factory vision to a real-life, integrated Industry 4.0 factory.

There are a number of challenges along the road to achieving this reality that necessitate intensive information sharing, investments and coordination. For example, if all robots, work-pieces and machines in the production process end up being able to share information with each other, then, somehow, there will also need to be IT systems that are capable of analyzing and making sense of these massive data flows. And if networking and integration extend beyond the factory by, for instance, encompassing subcontractors and suppliers, then what about data security? Another of the span challenges is standardization - ensuring software compatibility across all the components, machines and factories that are to be networked with each other. All of these challenges will be addressed at HANNOVER MESSE 2014. Dr Köckler: "Under the banner of 'Integrated Industry - NEXT Steps,' HANNOVER MESSE 2014 will present the latest solutions to the challenges of Industry 4.0."

"Integrated Industry - NEXT STEPS" also signals the way forward in the ongoing transformation of the world's energy systems. In this process, the main next steps are to upgrade and expand energy transmission and data networks and to find viable ways of replacing the current energy system, which is based on mere dozens of central power stations, with a decentralized system comprising hundreds of thousands of small natural-gas, solar, wind and biomass-powered generation units. Dr. Köckler: "In the future, the smart grids that carry energy and the end devices that consume it will communicate with each other, unlocking enormous potential for energy savings. Making this vision a reality requires collaboration and coordination across an incredibly diverse range of industries. For all companies and organizations with a stake in this process, HANNOVER MESSE is the perfect technological and political platform for marshaling future-defining technologies and concrete solutions in the interests of facilitating the transformation from an outmoded, inflexible energy monolith to a nimble, intelligent energy network."