The 23rd Fakuma international trade fair for plastics processing is casting its shadow in advance. According to Fakuma project manager Annemarie Lipp, more than half of the roughly 1700 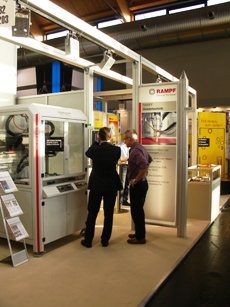 exhibitors who participated in 2012 have already registered for the next event, so that allocation of exhibition floor space can now begin. The figures are thus ahead of schedule, which is no great surprise considering the strong economic position still occupied by the plastics industry. Especially in light of the fact that the plastics processing industry sectors, i.e. manufacturers and distributors of plastics processing machines and tooling systems, as well as process and material flow peripherals, are generally international players and are able to compensate for weaknesses in the German, and above all the Southern European markets with persistently strong exports throughout the world. Worthy of emphases in this respect are the markets in the USA (with strong growth), in Central and South America, in Eastern Europe and in Africa which are more than just recuperating, reforming or initially coming online.

The market situation is still difficult in Southern European countries which used to import substantial quantities of plastics processing technology including Greece, Spain, Portugal and Italy, especially in the areas of high-performance production systems and technical products, as well as high-quality household articles and consumer goods made of plastic. In contrast, the well-established, internationally active manufacturers of plastics processing machines and tooling from these countries are viewing exports as their opportunity to escape the misery in their own countries. This also explains the high levels of participation at Fakuma 2014, for example on the part if Italian machine and tooling manufacturers who know how to impress the users with innovation and creativity, as well as high performance and stability. The same applies to manufacturers of injection moulding and thermoforming tools from Spain and Portugal, who incidentally benefit from a long-lasting tradition in the areas of mould making and tool manufact 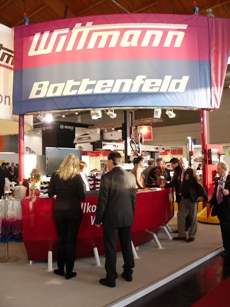 uring in their countries. As a result, they're able to rake in lasting success in the Central and South American markets, in particular in this region's leading economic nations, namely Mexico and Brazil.

The European, and above all the Asian markets, are characterised by ever increasing requirements, especially with regard to more and more complex injection moulded parts which integrate numerous (additional) functions. Conventional inserts, and to an ever greater extent MIDs (moulded interconnect devices), are playing a central role in this respect. These represent considerable, complex challenges for manufacturers of materials and metal parts, as well as moulds and tooling, and this applies as well to manufacturers of injection moulding machines. Currently common keywords in this area include micro injection moulding and microsystems technology. On the one hand, in order to fully live up to the demands of exhibitors and expert visitors from all over the world, Fakuma is making every effort to present complete technology, process and product offerings. On the other hand, a comprehensive supplementary programme is also in the works for the 23rd Fakuma consisting of special shows, theme parks and the time-tested exhibitor forum, for which numerous firm booking have already been received.