A transformed energy system for the energy transition

A transformed energy system for the energy transition

Experts say that thinking about reduced energy consumption and greater energy efficiency is not enough when it comes to designing the energy supply of the future. "We don't just need an energy 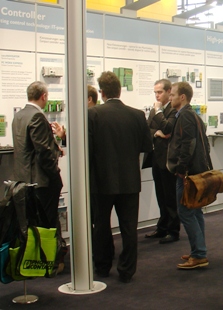 transition, we need an energy system transformation," says Prof. Michael H. Breitner of the Institute for Business Information Systems at Leibniz University Hannover. "Expanding power generation from renewable energies carries equal importance as finding ways to reduce energy consumption and increase energy efficiency." From a cost effectiveness perspective, Breitner believes that too little attention has been paid to the fact that for an annual energy consumption in Germany of around 2,500 terawatt-hours (TWh), only around 600 TWh are used for electricity. An estimated 1,200 TWh are used for heating, and fully 700 TWh for transport and mobility.

Marc Siemering, HANNOVER MESSE Senior Vice President, expects the technical choices and necessary market models for transforming the energy system to be a central theme of HANNOVER MESSE. "It is already clear today that the many new and innovative products and system solutions will generate further discussion, and HANNOVER MESSE with its comprehensive energy sector portfolio is the perfect place for this to happen. From conventional low-, medium- and high-voltage technology to the ever more important components for intelligent control and communication engineering, as well as the greatly expanded focus on decentralized power supply and renewable energy technologies, HANNOVER MESSE offers its visitors the greatest possible overview of the market and a look at the development strategies of leading international and domestic companies."

The rapid expansion of power plant capacities using renewable energies, from 22 percent today to the 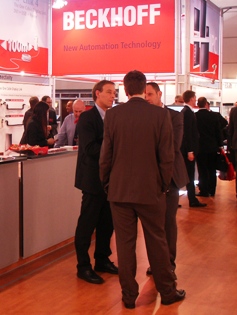 target 35 percent in 2020, has led to discussion in Germany about the necessary expansion of the power grid and the costs this engenders. According to the German Energy Agency's dena Grid Study II, by 2020 the German ultra-high-voltage grid must be expanded with an additional 3,600 kilometers of standard 380 kV overhead cabling, at a cost of €9.7 billion.

Power infeed from local sources into state distribution grids is increasingly causing problems with maintaining stable voltage for end customers in both the low- and medium-voltage grids. Therefore, as operators expand their grids they are also developing new types of regulatory mechanisms to prevent voltage variations exceeding plus or minus ten percent as specified by DIN VDE 50160, as well as thermal overload of equipment. Along with new functions in the power transmission system, the use of innovative but proven products for efficient and incremental automation of grid stations is the core objective. 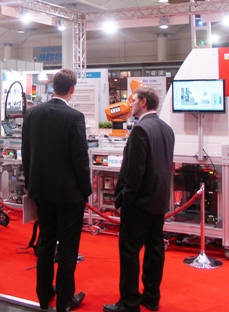 roduction of heat and power by cogeneration (CHP) plants will play a central role in the transformation of Germany's energy system. "Only a mix of renewable energies and flexible cogeneration will form a solid basis for the energy transition. The German government's plans to implement a 25 percent share of CHP in the energy mix by 2020 presupposes that local power generation equipment will be used more extensively to balance out the volatile infeed from renewable energy sources" - one of the association's key demands according to Wulf Binde, branch director of B.KWK.

CHP plants using conventional fuels such as natural gas will also form an important foundation over the long run for the expansion of local structures for energy generation. The technical solutions for maximized and intelligent use of the primary energy source are already available, as shown by the example of 2G Energy: "Two CHP units with an electrical capacity of 1,063 kW each are being used in combination with a heat pump for the Bad Lauterberg public utility's district heating grid, utilizing the thermal energy from the CHP plant," explains Stefan Liesner, marketing director for 2G Energy. "The thermal energy from the CHP units amounts to some 76 kW each, and the heat pump provides 200 kW of heat output from this thermal energy." The Bad Lauterberg public utility's local generation equipment has provided around 18 to 20 million environmentally friendly kilowatt-hours of heat annually in recent years, with an overall efficiency of more than 80 percent, thus contributing significantly to the "clean air" factor of the state-certified Kneipp spa.