2011 was the best fiscal year in a long time

2011 was the best fiscal year in a long time' -
More sales, exhibitors, area and visitors 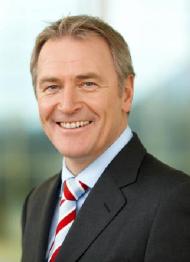 ''2011 was the best fiscal year for Koelnmesse in a long time and is a milestone in the Company´s recent history,'' reported 2011 was the best fiscal year in a long time Koelnmesse CEO Gerald Böse at the company´s annual press conference. At EUR 235.3 million, sales for 2011 were around EUR 18 million better than originally planned, while EBITDA (EUR 16.9 million) and trade-fair-specific result (EUR 39.6 million) were clearly positive. There was a net loss of EUR 4.9 million - due primarily to continuing high rents for the northern section of the fairground - yet this was nearly EUR 20 million better than expected.

The reasons Böse identified for the outstanding results were ''the efficiency and reorganisation programmes of recent years, combined with trends in our

events.'' In 2011 the pilot trade fairs in Cologne enjoyed double-digit-percentage average growth in exhibitors, visitors and area compared to their respective previous events. Cologne Mayor Jürgen Roters, Koelnmesse Supervisory Board Chairman, confirmed the analysis: ''Good trade fairs and good management have brought Koelnmesse back on track for success. We can be delighted not just with the status quo but with the future prospects as well.''

Koelnmesse organised 87 events in all in 2011, 65 of them in Cologne and 22 abroad, many of these in the Asian growth markets of China and India. The trade fairs and exhibitions in Cologne also included eight premieres. 34,317 exhibiting companies and around 1.5 million visitors took part in these events worldwide. Koelnmesse Ausstellungen GmbH had 28 guest events and 3 special events in 2011 and enjoyed the strongest year for events and sales in its history. With a record pre-profit-transfer surplus of EUR 3.8 million and sales far better than expected in the amount of EUR 10.2 million, the subsidiary made a significant contribution to the good overall result for Koelnmesse.

With its successful fiscal year in 2011, Koelnmesse confirms the course to success and growth it has shown in recent years. In a comparison of four-year periods, the company´s average net sales from 2008 through 2011 (around EUR 223 million) were nearly 18 percent higher than for the years 2004 through 2007 (around EUR 189 million). Along with the positive trend in events hosted, the efficiency and reorganisation programmes at Koelnmesse are also making itself felt. Among other benefits, they bring savings in the double-digit millions and contribute to the company´s positive figures. Koelnmesse is thus well on its way to achieving its most important company objective: to be in the black beginning in 2013, with sustainable profits following from 2015. After a weaker year in 2012 due to trade-fair cycles, with EUR 224 million in planned sales and another negative result, in 2013 Koelnmesse anticipates record sales of EUR 263 million and profits in the millions.

A comparison with other international or national trade fairs in Germany reveals: the company's own events in Cologne developed very well in 2011, outperforming the industry average. The company experienced double-digit-percentage growth in the numbers of exhibiting companies (13.55 percent), visitors (13.49 percent) and area (16.08 percent) over previous events; according to the 2011 summary by the Association of the German Trade Fair Industry (AUMA), these figures compare with growth of 3.1, 4.1 and 4,8 percent, respectively, for trade fairs in Germany overall.