Even larger and even more international: E-world energy & water is continuing its success story in 2014 too. The 14th edition of the premier European fair in the energy and water industries 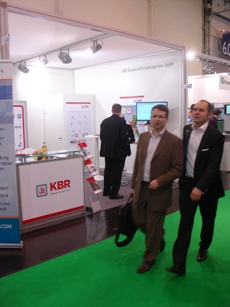 registered a new record number of participants with regard to the exhibitors and the visitors. 620 exhibitors from 25 nations showed their products and services at Messe Essen (in 2013: 610 exhibitors from 22 countries) - including numerous global players such as E.ON, RWE, EnBW, Vattenfall, Siemens and Telekom. Major international companies in the sector like ASX Energy from Australia, TAQA Energy from Abu Dhabi or OPC Foundation from the USA were involved for the first time. 23,500 visitors travelled from over 70 countries in order to obtain information about the future of the European energy supply at the international meeting place of the sector.

In Demand:
Efficient Solutions for the Energy Turnaround

E-world 2014 focused on the energy turnaround. The presented exhibits included innovations for the production and storage of renewable energies as well as technologies for the more efficient generation and utilisation of energy. The exhibition section featuring "Smart Energy", the innovation motor in the sector, grew considerably once again. Over 80 companies showed their solutions for intelligently controllable grids (smart grids) and meters (smart metering), networked house technology, energy storage and energy data management - a plus of 14 percent. 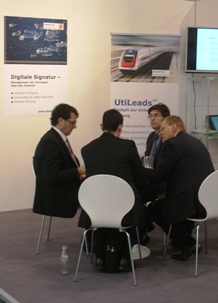 opportunity. And the leading fair in Essen is its central platform in order to implement current and market-relevant processes beyond borders," was the summary of the two partners in E-world, Dr. Niels Ellwanger, Chairman of con'energy ag, and Oliver P. Kuhrt, Chairman and CEO of Messe Essen.

E-world:
The International Fair of the Decision Takers

On this occasion, the most important European event in the energy industry once again proved to be the meeting place of the decision takers. 80 percent of the trade visitors are involved in the purchasing and procurement processes in their

companies - above all, at energy suppliers, service providers and industrial enterprises. The greatest interest amongst the visitors was registered by the fields of energy trading, renewable energies, energy efficiency and smart metering. 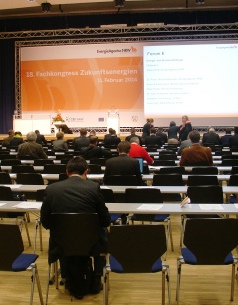 Response of the Visitors:
High Internationality and Great Satisfaction

The significance of E-world as the premier European fair also highlighted the great international interest. The most strongly represented guest nations were Great Britain and Switzerland ahead of the Netherlands, Austria and Italy. A lot of international delegations used E-world in order to obtain information about the newest technologies in the core areas of the energy industry: generation, efficiency, trading, transport, storage and green technologies - including the Fukushima Prefectural Government from Japan for the first time.

The "Executive Meeting Energy" which took place for the third time already on the day before E-world in cooperation with the Süddeutsche Zeitung newspaper concentrated on the energy world of tomorrow. 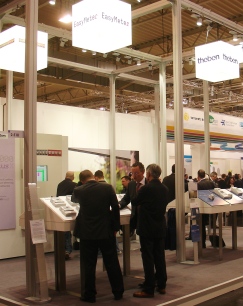 On this occasion, Hannelore Kraft, Minister-President of North Rhine-Westphalia, advocated extending wind energy in the interior of the country. She demanded that the cost-favourable technology must be a central pillar of the energy turnaround in Germany.

Topical questions relating to the energy turnaround and possible answers were also subjects at the third "Energy Turnaround Forum". On the cooperative booth of protagonists from the political, economic and research sectors, attention focused on the fields of renewable energies, energy efficiency and energy storage. The exhibitors included Deutsche Energie-Agentur GmbH (dena - "German Energy Agency"), the Federal Ministry of Economic Affairs and Technology, the University of Flensburg and the Centre for Energy Technology at the University of Bayreuth.

E-world Congress:
25 Conferences on Subjects Close to the Market

Around 200 speakers imparted first-hand knowledge to over 2,500 participants in the specialist congress which accompanied the fa 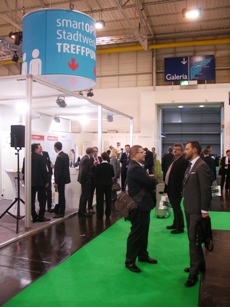 ir and whose orientation took account of the increased internationality of E-world. The subjects included the "European Electricity Market" and the "International Gas Market". Moreover, the purely scientific conference entitled "SmartER Europe" gave its successful premiere. Visitors praised the synergetic effects of the fair and the congress.

The energy turnaround and its active organisation in the towns, cities and local authorities were the top subjects on the "Municipalities Day". Specialist lectures

examined the opportunities of the energy turnaround for the local value added and introduced best-practice examples. A tour of the fair with an expert guide subsequently promoted the exchange of opinions between municipal decision takers and protagonists from the energy industry.

620 exhibitors from 25 nations (in 2013: 610 exhibitors from 22 countries) presented solutions for all the core fields of the energy and water industries: generation, efficiency, trading, transport, storage and renewable energies. Also including the projection for the last day of the fair, 20,500 registered visitors from over 70 countries came to the event. Moreover, not only international participants but also a large number of guests of honour from politics, from the diplomatic corps and from the economic field as well as municipal representatives and around 400 journalists came to the comprehensive supporting programmes; over 2,500 specialists took part in the congress. The proportion of trade visitors was 99 percent (in 2013: 98.5 percent).