The COMPAMED Spring Convention has established itself as a meeting point for experts: developers, producers and service partners in the medical technology industry.

This annual event offers a snapshot of COMPAMED, the worldwide leading market platform for suppliers in medical manufacturing, which takes place every year in Düsseldorf from 13 to 16 November 2017. The 11th Spring Convention, which took place on 3 May 2017 in Frankfurt, was dedicated to microfluidics within medical technology - and does so in three sessions on the topics "General Aspects and Concepts", "Manufacturing of Microfluidic Devices" and "BioMEMS and Cell Handling". Background information: Increasingly, medical technology is heading towards a decentralized approach for patient care. Therefore, all diagnostic and therapeutic activity and devices also have to be able to work at the Point of Care (PoC). This offers huge advantages compared to previous practice, which sent patients to doctors and had tests dispatched to laboratories for analysis. Decentralized care enables inpatient stays to be avoided, quicker obtention of results on specific diagnoses and personalized treatment as well as reducing costs in the healthcare system. 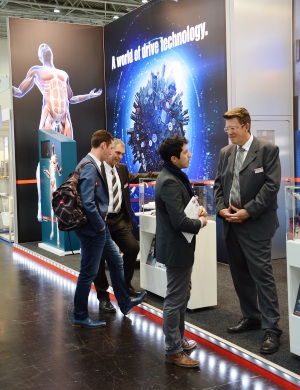 Equipment used in diagnostics and treatment must be automated and operate reliably so that these advantages can be applied and utilised. Samples need to be sent for analysis in precisely defined quantities and then processed and tested. Drugs must be adapted and dosed according to the individual disease patterns presented by the patients. Microfluidic systems play an important role in all of these sectors. Therefore, the 11th COMPAMED Spring Convention showed how these components and systems are manufactured and which materials are used for this, as well as how BioMEMS products are used in diagnostics and dosage of medication. The Spring Convention is organised by IVAM, the International Association of Microtechnology, in cooperation with Messe Düsseldorf.

Henne van Heeren, from the company enablingMNT, demonstrated the importance that microfluidics has already taken on perfectly. EnablingMNT (Dordrecht, Netherlands) focuses on marketing and strategic support in the micro and nanotechnology (MNT) industries with offices in the UK, the Netherlands and Germany. "We are also seeing huge growth. Currently, 750 companies worldwide are active in the field of microfluidics", stated van Heeren. He continued to say that around 45 new start ups are added to this each year. However, every year 20 companies also leave this sector, are sold or fold. The top locations for the commercialisation of microfluidics are the University of California, Berkeley, Harvard and the Massachusetts Institute of Technology. In Europe, the University of Twente, ETH Zürich and the University of Cambridge are the leading groups. The number of patents with the phrase "microfluidic" in their title or abstract has gone from zero in 1998 to over 1,300 per year, developing at breakneck speed. In terms of materials, polydimethylsiloxane, a silicone-based polymer, is very popular in university research whereas the industrial world prefers Cyclo-Olefin-Polymer (COP) and Cyclo-Olefin-Copolymer (COC), glass, a combination of glass and silicone or Poly(methyl methacrylate) (PMMA). COC or COP are mainly used for single-use items in the Point of Care sector, and glass is particularly popular for demanding applications, i.e. for devices which are used repeatedly, frequently and for long periods of time, and also in cases where 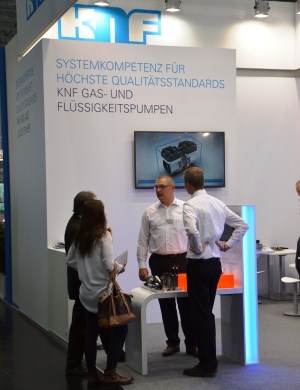 high pressures and temperatures are required.

Saliva, Urine or Sweat Could

Today, most health examinations are based around the analysis of blood which is obtained via invasive techniques. Throughout this century, span steps have been made to utilize bodily fluids that can be obtained easily and painlessly, such as saliva, urine and sweat. However, the technology that is utilised to obtain, prepare and analyse the samples is not precise, robust or easy to use. Furthermore, results obtained from these fluids are not particularly reliable. With this in mind, the development of various sensors for non-invasive monitoring of patients that can also be used in point of care diagnostics and in devices for therapy monitoring is being researched at CSEM SA (the Swiss Centre for Electronics and Microtechnology) in Landquart, Switzerland. "A span part of our work is focusing on the various capabilities of a new device: untrained staff should be able to use it, it should be able to be used in clinically demanding situations even where it is difficult to obtain blood samples from certain individuals, and it must also be able to be used in remote areas", explained Samantha Paoletti from CSEM.

CSEM is developing a variety of technological products that are based around a modular approach for diagnostics. This includes sample preparation, i.e. collection and processing of bodily fluids with different microfluidic designs, and detection of specific target molecules such as electrolytes, proteins, peptides, immunoglobulins or small organic components (sugars, amino acids etc.). Optical, fluorescence-based or electrochemical sensors can be utilized for this. CSEM develops, produces and functionalises these and integrates them into various cost-effective solutions. Furthermore, the Centre is working on detection units, and on the power supply, data transfer and electronics which are required for this. "Our current portfolio consists of several sensors which detect potassium and sodium ions, glucose, lactate, pH and impedance values, for example", said Paoletti. CSEM has proved that the sensors can be integrated into clothing (wearables for sweat analysis) or used for saliva and urine analyses. 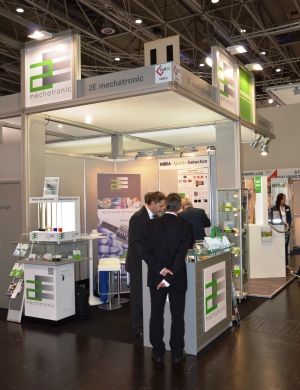 3D Printing for Applications in Diabetes

Diabetes is a common condition throughout the world. In Germany alone in the population aged between 20 and 79, over 6.5 million people are living with diabetes. Continuous measurement of glucose concentration can be taken from blood or the intercellular fluid (interstitial fluid) in the subcutaneous fat, as its glucose content correlates with that of blood with only a marginal time lag. The CIS Research Institute for Microsensors in Erfurt has produced a new solution for determining blood sugar levels using a combination of microfluidics and 3D printing. "The sensor concept is not meant for routine care of diabetics, but rather for monitoring blood sugar values in intensive care over a 7-day period", said Dr Jan Freitag, a Researcher at CIS. The entire sensor is housed in a calibration chamber which is split into two sections. One section is filled with a liquid with a sugar concentration of 0% and the second contains a liquid with a defined sugar concentration value. Firstly, this enables a measurement at 0% to be saved so that a second measurement can be recorded after the wall between the chambers is opened and calibration between the two points can be carried out. The entire system is a miniaturized tubular measurement chamber with mesh side walls (dimensions: 25 mm long and 1.2 mm in diameter) which contains the light source at the tip and the interface for the optical components at the end of the needle. A cobalt-chromium-steel alloy is used as material for this. The measurement chamber's skeletal structure means that a complex manufacturing process is required, and this is achieved with 3D printing. Using this method, it was possible to construct skeleton structures from a metal alloy with physical dimensions which enable it to be used within the human body. "We can produce 250 cannulas at once in 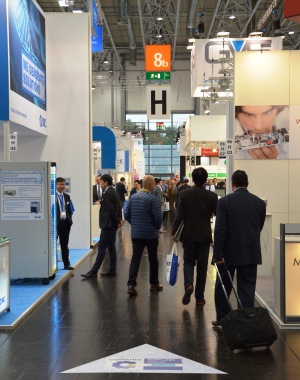 one load, which creates savings in terms of cost and time", said Freitag.

Down to Nanolitre Range

Future laboratory and diagnostic applications will require the provision of fluids in micro and even nanolitre quantities. Previous systems for handling these minute volumes are often not precise enough to fulfill these requirements. Therefore the Fraunhofer Institute for Manufacturing Engineering and Automation (IPA) has developed a new fluid handling technology, called I-DOT (Immediate Drop on Demand Technology), via which drops of 2 to 12 nanolitres can be produced by a pressure pulse. Larger quantities can be produced by using a rate of up to 400 pulses per second. The microwell plates required for distributing these are produced by micro injection moulding. Using this technology, very precise microwells can be reproduced at a high standard of quality. MDX Devices GmbH is a specialist in micro injection moulding which has focused on the commercial production of small quantities of high precision components in micro or precision injection moulding with certified quality standards. "We produce prototypes, micro-components and devices from high-performance plastics using micro and precision injection moulding and also execute add-on processes, such as pressing or assembly which follows it, particularly in small quantities for medical technology, diagnostics, the pharma and biotechnology industries as well as for microsystem technology", said Harald Grün, CEO of MDX. The company makes a variety of microwell source plates for I-DOT technology. Micro injection moulding technology offers a wide array of advantages in the production of high precision components compared to the traditional injection moulding process. These include low gate volumes, very short cycle times, good filling behaviour as well as a high level of process capability, reproducibility and it is economic as the process is very energy efficient.